From Joe Gantz, the Emmy-winning producer of American Winter and Ending Disease, The Race To Save The World offers an intimate portrait of activists, age 15 to 72, as they put themselves on the line to fight climate change.  Encompassing protests and arrests, courtroom drama and family turmoil, these everyday heroes push to create a sustainable world, often risking their relationships, careers – and freedoms in the process. Drawing on powerful footage and moving interviews, The Race to Save The World is an inspiring call to action, urging each one of us to
become climate warriors for a livable future. 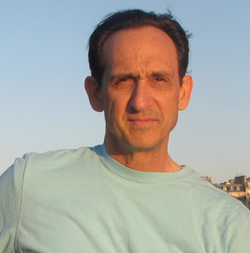 Joe Gantz is known for work that examines personal stories with honesty, humor, and depth. He calls his film style, “life in progress”, where his small crew fades into the background and lets the story evolve organically.  Joe tries to be present for the pivotal moments as well as the everyday moments, to give insight into each subject’s life and relationships.  The goal is to allow the subjects to be comfortable enough to go about their daily life as if there was no one filming. And the subjects are not performing, because there is no agenda, making for very authentic storytelling.

American Winter:  A documentary film about families struggling in the wake of the worst economic crisis since the Great Depression. The film follows personal stories that reveal the impact of rising poverty and a shrinking middle class in the U.S. American Winter was nominated for an Emmy Award and a Ridenhour Prize (a prize for acts of truth-telling that protect the public interest). Since American Winter was broadcast on HBO, there were successful screenings with non-profit partners in over 100 cities to bring attention to the issues of rising poverty, homelessness, food insecurity and the need for social services.  And American Winter had a significant part in the movement across the country to raise the minimum wage. Four subjects from American Winter were invited to testify at a Senate hearing entitled, “The State of the American Dream – Economic Policy and the Future of the Middle Class”, moderated by Senators Elizabeth Warren and Jeff Merkley.

Ending Disease: The Stem Cell, Anti-Cancer T-Cell, & Antibody Revolution In Medicine, is a film about how regenerative therapies are transforming medicine from a lifetime of treatments to onetime cures for a whole host of debilitating diseases.

To make this film we were granted unprecedented access to ten of the first generation of FDA approved clinical trials using stem cell and regenerative medicine to try to cure brain cancer, breast cancer, leukemia and lymphoma, HIV, repairing a broken spinal cord, retinitis pigmentosa and SCID (babies born without a working immune system), and the results are truly inspiring.  Ending Disease is exactly the kind of optimistic documentary that people are looking for in the midst of our current pandemic.

The Race to Save the World:  uses the same personal approach to emotionally-engage viewers in the urgent fight against catastrophic climate change.

Available on Amazon now: A Secret I Can't Tell. 40 years ago, Joe published Whose Child Cries, a book documenting the lives of the first American families living in openly gay homes. In 2022, he published updates from the families in a book entitled, A Secret I Can't Tell, about which Brett Karr, author of Who’s Been Sleeping in Your Head? said; "In this gripping book, Joe Gantz has chronicled his pioneering research work, providing us with a detailed portrait of the lives and minds of those who challenged the unquestioned standards of yesteryear.  As both a psychotherapist and a sexologist, I hold this iconic book in very high regard indeed.” Here is a recently published an article about the book and Joe's view on the latest "Don't Say Gay" campaign.
© COPYRIGHT 2021 ALL RIGHTS RESERVED.