Abby Brockway and her family live in the Pacific Northwest where they have enjoyed the beauty of their environment- the mountains to the sea. They have been active in their community through their church, running their own business, and participating in their daughter’s school activities. When Abby became aware that the fossil fuel industry was planning to use west coast ports like Seattle and Portland to export oil, coal and gas she joined forces with other environmental groups to prevent over 20 fossil fuel projects from being approved. In the summer of 2014, an oil train derailed one mile from her daughter’s school, inspiring Abby to join with others to block a mile-long oil train from travelling through Washington’s cities and towns. She and 4 others were arrested and stood trial, taking the case up to the Washington State Supreme Court arguing that their act of civil disobedience was necessary to prevent greater harm to her family and the people in her community. 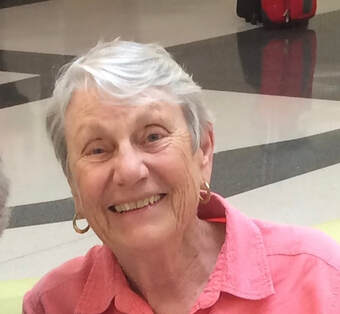 Born and raised in small town Iowa in a Methodist parsonage by loving, liberal parents who taught me and my four siblings responsibility, the values taught in the Sermon on the Mount, to honor family, and to love nature. After a divorce, my life as a single parent was never easy, and working full time plus going to night school to finish my BA made it all the harder. I persevered, and after my 2 kids were on their own, I earned 2 masters’ degrees and finally launched my career as a psychotherapist when I was in my late 40’s. Then when I was 62, I fulfilled a lifelong dream and spent 2 years in Namibia, Africa with the Peace Corps helping orphans and vulnerable children in the midst of the AIDS pandemic. It was, to say the least, lifechanging and extremely challenging. As the Peace Corps says, it’s “the hardest job you’ll ever love.”

All that living while I paid close attention to all the destruction happening to our environment being revealed by scientists around the world and seen by my own eyes.  When I returned from Africa in 2008, I made a decision from which I’ve never wavered: I vowed to spend my remaining time, energy, skills, and whatever material resources I have to do whatever is in my power to avert the climate catastrophe I know is bearing down on our planet. Now, at 78, my “resume” includes: walking every step across the country for 8 months with the Great March for Climate Action to raise awareness; four arrests for non-violent direct action (“civil disobedience”) to stop the KXL and DAPL pipelines; traveled 3 times to Standing Rock in support of the Lakota Nation fighting DAPL; very active with local group 100Grannies for a Livable Future, Citizen’s Climate Lobby, and others. The Grannies motto is: “EDUCATE, ADVOCATE and AGITATE.”  I do it all, but my sense of purpose and adventure come together when I “agitate.” It’s a wild ride and I definitely live outside my old comfort zone.  I now know first-hand that “Activism is the antidote to despair.”  I live it every day.

- Contributor to the prize-winning book: We Rise to Resist: Voices from a New Era in Women's Political Action available here. In the essay, entitled: The Making of a Climate Action Warrior, I outline my history and my activism. 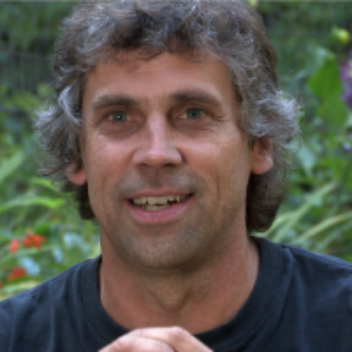 Bill Moyer (he/him) lives with his wife and daughter in the woods of Vashon Island near Seattle. As a 4th generation Washingtonian. He is the executive director and co-founder of the creative activism organization Backbone Campaign. Founded in 2003, Backbone has been an innovative force for developing and spreading artful activism practices such as Kayaktivism, light projection, innovative bannering and other creative tactics. To augment its opposition to the use of the Pacific Northwest as a fossil fuel corridor to Asia, Backbone began a strategic propositional campaign to advance a positive vision for US rail. Bill and a team co-authored the 2016 book www.solutionaryrail.org/Solutionary Rail, a people-powered campaign to electrify US railroads and open corridors to a clean energy future. Bill is increasingly focused on this work and directing this campaign. 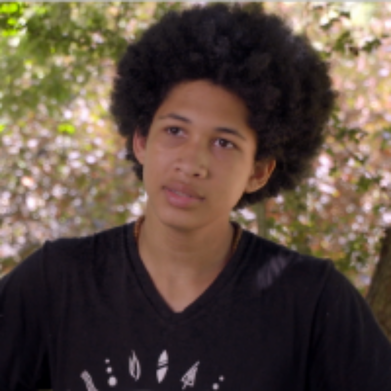 Raised by his mother with an awareness of environmental issues, but more on the level of the pollution you can see, plastic pollution, noise and light pollution. Aji moved with his family to Seattle in 2012 went from tree planting and doing small things to try and make a difference, to feeling that he ought to speak up more.  The catalyst for the start of his activism were the BNSF oil trains, up to seven a week that transported tar sand oil with extremely volatile crude oils prone to infighting into a fire ball through the city of Seattle. They wanted to bump it up to 21 trains a week. That rolled us into singing songs and performing, all the way up to City Hall, City Council, and now being a plaintiff A plaintiff on the Juliana Versus United States Government lawsuit currently pending in the courts. 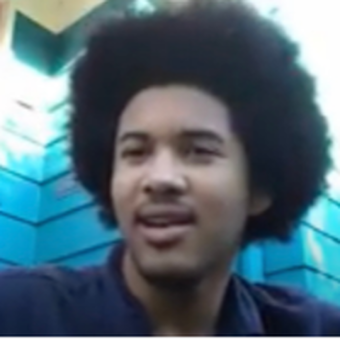 Adonis started environmental work when he was 8 or 9 years old at an event focused on teaching kids what climate change is and what we can do about it. He started out with tree plantings, going to rallies and performing with his brother. Since the film was shot, he has turned 16 and become an environmental activist. To stay grounded in his climate fight, he makes sure to remain creative and to enjoy the Pacific Northwest as it still is in its current state. 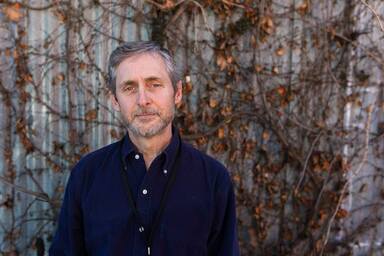 Michael Foster grew up surrounded by oil refineries near the Houston Ship Channel. As a high school freshman on the debate team during the 70's Energy Crisis and oil embargoes, he studied “energy independence”. He found out we only had a few years to begin to wean off fossil fuels in the 80's or risk the rapid end of civilization, and mass death, in his lifetime.
He owned twelve gasoline cars in his lifetime.
B.A. in Theatre (University of Houston 1987) M.Ed. in Counseling Psychology (University of Louisville 1994). He strove to integrate Carbon Counseling in work with clients. In addition to private practice, counseled youth on treks in the Oregon high desert, in the Cascades, and on the Olympic Coast.
As a father of two, he became an activist and volunteered to bring the European children’s initiative Plant-for-the-Planet into North America, educating youth on climate emergency and organizing to plant one trillion trees (unsuccessfully). He co-founded 350 Seattle, shared Al Gore-style climate talks for thousands, and paddled with hundreds of kayaktivists against an oil rig illegally docked in Seattle before it headed north to drill the Arctic. He coordinated the youth and families of the lawsuit Foster v Ecology working with Our Children’s Trust, who sued the state of Washington and won, the first time a US court directed the government to fix climate. (Due to the emergency nature of the climate crisis and decades of well-documented delays, the judge ordered the Department of Ecology to produce a legitimate carbon reduction plan within weeks. Though the youths’ rights to Washington’s air and water as an essential resource still stands under our constitution, Governor Jay Inslee’s agency stripped away all court enforcement on appeal.)
Sign: Cancer
Diet: Vegan
Pet peeve: Genocidal-suicidal compliance

Michael Zambrano here. Born and raised in Pomona, California. I come from a working class immigrant family. In the past I have been involved with Sierra Club, 350.org, The Great March for Climate Action, People’s Climate March and so much more. Recently my efforts have shifted to work alongside and serve immigrant rights organizations. It is clear to me that various social justice issues are interconnected.
I am honored to have been a part of this film and the Climate March family. I have learned that everyone has a role and every step towards change makes a difference. Although we hear of so much pain and destruction in the world I am optimistic that positive change is happening and will continue to happen when people embrace each others differences and strengths. Looking forward to the next chapter and collective uprising. Thanks. 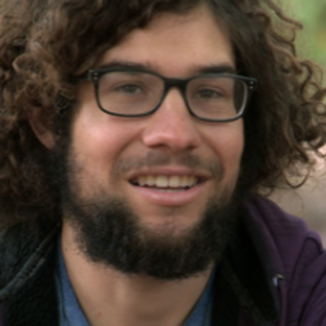 Mack grew up in Michigan and Arkansas. He spent a lot of time outdoors as a child, running through the forest, swimming and canoeing in lakes and rivers, fishing for trout and bass, and wondering about the starry night skies. His mom and dad, both avid backpackers, carried him on his first backpacking trip in Yellowstone when he was one year old and he has been backpacking ever since. After high school, Mack traveled Latin America for several years. He did solidarity work with indigenous resistance movements in Mesoamerica from 2010-2016, taking time off to take college classes, work with the occupy movement, and join the climate march. After the march Mack worked with Popular Resistance and Beyond Extreme Energy before joining the prayer and protest in Standing Rock North Dakota in 2016-2017. When the camps were finally dismantled, he moved to Oregon where he still lives and works as an herbalist, wildcrafter, and organic farmer. He also worked to protect wild Buffalo in Yellowstone and to guide youth through wilderness therapy. He is a student of Yoga, Vipassana meditation, craniosacral therapy, herbal medicine, and life.
© COPYRIGHT 2021 ALL RIGHTS RESERVED.